Nickelodeon, Cartoon Network, The Disney Channel and Fox Kids were all churning out some quality cartoons in the 90’s. We’ve already mused the animated offerings of the 80’s now we’re back to see what the following decade offered.

A cultish fanaticism with 90’s culture and aesthetics has sprung up online over the last few years. “Only 90’s kids will remember this” is a commonly seen claim which is usually followed by a picture of a yo-yo or a Pokemon Red Game Boy cartridge. I always thought that this came off as sort of smug elitism, so let’s not do that. Here are some awesome cartoons I enjoyed in the 90’s and if you weren’t around for them, that’s cool too! 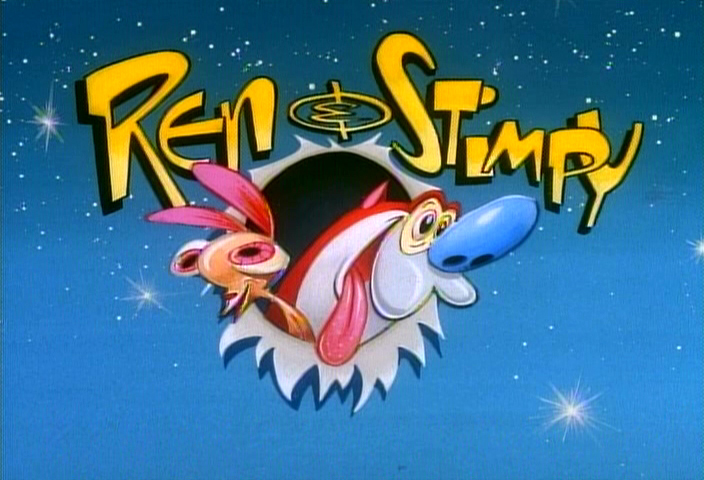 Ren & Stimpy was one of the three original Nicktoons that pioneered the 90’s boom of quality animation on Nickelodeon. Drawn in a powerfully emotive style reminiscent of Golden Age cartoons, Ren (a chihuahua) and Stimpy (a cat, believe it or not) were often at odds with each other whilst in a number of roles including but not limited to: space explorers, cowboys and nature documentarians. Bonkers and utterly fantastic, it paved the way for many other satirical cartoons later in the decade.

This was part of Cartoon Network’s What a Cartoon! animated shorts showcase which launched the production of many of the channels flagship shows. Some of the most memorable villains in cartoons ever were featured in The Powerpuff Girls: who could forget The Gangreen Gang, HIM and of course, Mojo Jojo. Instead of Chemical X, the original ingredient which gave the Powerpuff Girls their superpowers was “a can of Whoopass.” They were also once called the Whoopass Girls, which I think sounds a bit more threatening than Powerpuff to be honest.

Few cartoons on this list can boast having a run as long as 13 years like Rugrats. From 1995 to 2000 it even achieved the top ratings for any Nickelodeon show, despite having Reptar/Godzilla lawsuits and controversy over its Jewish representation at times: that’s not bad for a bunch of toddlers. There’s a great fan theory floating around out there that Angelica is actually crazy and the other kids are all figments of her imagination. This theory has since been debunked by the series’ creators but it’s still headcanon to me…

Just quickly: who’s your favourite mutant? If you didn’t shout “WOLVERINE!” at your screen then you’re lying to me and to yourself. This show is the best depiction of the Marvel comic in motion, perhaps ever. It led the charge on the Fox Network for animation in the 90’s and followed a handful of the core X-Men in their clashes with baddies like Magneto, Sabretooth and The Juggernaut.

What a man, what a quiff. Johnny Bravo was a womanising, boorish, blond parody of Elvis. Despite the fact that he was a bit of a twit, watching Johnny fail at getting a date repeatedly was pretty hilarious. It even had the occasional celebrity guest including Donny Osmond and Adam West.

Animaniacs was basically an animated variety show comprised of 3 ‘skit’ style sections per show. With Steven Spielberg himself taking the helm as executive producer, this was a bit of a hit for both the kids and the adults. In fact, the adult humour, innuendo and wordplay involved encouraged the college crowd to embark on a cult following of the show, cementing its popularity during the mid-90’s.

Like X-Men, this show was another one of Fox Network’s Marvel tie-in cartoons, showing just how well you could take a hero from page to screen. The animation in this show was dynamic and engaging (awesome web shooting), so much better than the cringe-worthy Spider-Man and His Amazing Friends from the 80’s. Goodness gracious it had a pretty badass theme song too.

Although some of the nuance from this show was lost on me with my upbringing in suburban England rather than the States, I loved it anyway. EEnE was another of Cartoon Network’s Cartoon Cartoons, it depicted the lives of 3 kids (guess their names, go on, try) trying to scam money for sweets from the neighbours in their cul de sac. It was at once: devoid of all parents and full of diverse characters each with unique motivations and personalities, giving it an undeniable juvenile charm.

Y’all should know who Spongebob is really, he’s the star of the highest rated show to ever air on Nickelodeon after all. What you might not know is that this show was created by Stephen Hillenburg who was an animator and a marine biologist. Spongebob Squarepants centres around the titular character and his marine friends in the benthic underwater city of Bikini Bottom. Apparently this is based on the real-life reef of Bikini Atoll, perhaps the wacky characters are a result of the nuclear fallout from the weapons testing which occurred here in the 1950’s…

Arguably the most iconic animated show to ever appear on Cartoon Network and the first of its Cartoon Cartoons, Dexter’s Lab follows Dexter, boy genius and inventor who has built a secret laboratory beneath his family home. He engages daily in battles with his carefree sister Dee Dee as well as nurturing a bitter and protracted rivalry with neighbor and fellow genius Mandark.

Endless and wild, the lab contrasted excellently with the oppressive, regimented school life which Dexter also had to endure. Whilst the curriculum appeared painfully beneath his intelligence, the poor guy still struggled with what we all did at school: developing those pesky social skills. Cool inventions, bags of imagination and a surprisingly relatable and layered main character, Dexter’s Lab was the jewel in the crown of Cartoon Network’s late 90’s lineup.

Drop us a line on Twitter @fudgeanimation or Facebook and let us know if we’ve done a massive disservice and missed out your favourite 90’s ‘toon. Has enough time passed yet for us to be able to gaze upon more recent cartoons with a critical animator’s eye? Keep an eye on Fudge Journals…

Animated Films That Need a Sequel